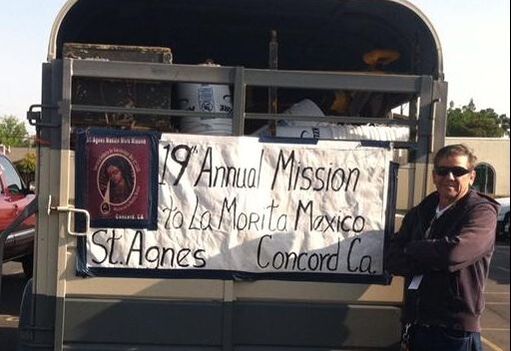 Carlos Amaya, Amigo of All
The La Morita Mexico Youth Mission is made up of many people, both in the United States and in Mexico.  Each one of them has special skills and talents, but they all have a desire to build homes for needy families in Tijuana.  One of those special persons was Carlos Amaya.

Carlos got started in the homebuilding trip when his son, Carlos Jr. joined the project in 2004.  He inspired his father to come the next year, and Carlos Sr. continued for 13 years!  Father and son also went in 2005, when Carlos Jr. graduated from high school.

Carlos was the type of person who could fix anything, and he was very skilled with tools and construction.  His first role was to be the man on the chop saw, cutting all of the wood that needed to be cut onsite.  Soon it become obvious that he had other skills that were greatly needed.  He was a native Spanish speaker, could find his way around Tijuana, and he loved people! There was always a need for someone to be the “go-fer”, the person who would find, buy and deliver whatever was needed.    So, daily, Carlos was in a truck, making rounds at the building sites, and bringing whatever was needed.  One year we arrived in Tijuana on Easter Sunday to find that none of the materials had been ordered for the three homes.  Carlos went to Home Depot and ordered everything that we needed to start building the next day!

Another very important role that Carlos played was going on the “pre-trip”.  In December or January, three to four of our adults would visit the Oblate Missionaries and would see the possible house sites for the Easter trip.  Carlos not only translated, but got to know the families and told them they would be getting new homes at Easter.

Carlos was a very friendly person.  He made connections with the families, and also got to know all of the community members that surrounded our campsite.  We could always find him hanging out after dinner, talking and laughing with the caretakers.

Carlos leaves behind a loving family: Sonia, his wife; Carlos Jr, Carla, and Amaya, his granddaughter.  La Morita Mexico Youth Mission will miss Carlos greatly!  We are comforted knowing that he will be watching from Heaven.